Gearing up for the first major storm of the season in NYC - no swimming for me today.  Instead I'm channeling my Winnipeg roots ....

One of my goals this year is to complete an open water swim.  I have a ways to go, but luckily I have lots of people to turn to for advice, including my aqua fitness coaches and friends who have completed triathlons.

In trying to figure out where to start, I turned to my friend "Jackie Blue."  Jackie is a graphic designer, foodie and nascent guitar impresario.  She is also a lifelong swimmer and completed several open water swims in 2014.   In addition, she is my inaugural guest mermaid.  We sat down for a virtual interview.  Here is Part 1.

When did you first start swimming?

I can’t remember when I first got in the water.  It was probably as an infant with my parents, but I was certainly playing the pool when I was as young as 2 or 3.  The building I grew up in in Coney Island has an Olympic sized pool, but also a kiddie pool that is no more than 2 feet deep. I was always in the water in summer.

When did you decide to start doing open water distance swims/races?

I didn't decide to be a serious open water swimmer until I started doing some races last year, actually. I swam out in the ocean at Coney every weekend for a very long time, but it was short distances, and only recreationally. Sometime a couple of years ago, I realized I wanted to pursue this as a sport, and looked into open water groups.

How often do you swim (in the pool and the ocean)?

Life has been a bit hectic lately, and I am lucky if I get to swim more than once a week.  I went 3 times last week and it was fabulous.  In the summer I usually swim both Saturday and Sunday in open water, and at least one pool evening during the week.  I hope to up that in 2015.

Do you swim year round?

I do swim year round. It used to be I stopped going to the beach on Labor Day - no more lifeguards, the beach officially closed, and the Parks department used to kick people out of the water off season. A couple of years ago I joined a gym with a pool so I could continue swimming in the “off season.” Now, as a member of CIBBOWS, I know there really isn’t an off season.  These people swim in the winter all the time.

Why do you love swimming?

I don’t know.  I’m not even a water sign.  I just grew up near the water, and it has always made me happy.  Also, I’m fairly good at it.  It feels effortless - something running never felt like.  That was work.

What is your favorite place in New York to swim?

Coney Island/Brighton Beach, of course! I love the ocean, it’s my happy place. When life is getting me down for whatever reason, I just have to get in that water, and I feel so much better.  My “home base” used to be Bay 9 in Coney - I now swim mostly at Bay 4 in Brighton because that’s where my peeps (CIBBOWS) call home.

Tell me a little more about the group you swim with -- the CIBBOWS.  What is the benefit of training with a group?

I wish I knew about the Coney Island Brighton Beach Open Water Swimmers ("CIBBOWS" -- www.cibbows.org) years ago.  I found out about them at the tail end of summer 2013, and vowed to join them the following year - which I did.  They are started out as just a small group of friends who would meet at the same lifeguard chair every weekend.  The lifeguard there at the time, whose name was Grimaldo, was very instrumental in getting the other lifeguards to accept that there was this group of swimmers who swam past the jetties (it used to be prohibited) and would hold races there. Grimaldo unfortunately passed away a few years ago at a very young age - but the chair will always be “Grimaldo’s Chair” and there’s a race named in his honor.

It’s an amazing group of people. All ages - 20s to probably 70s. Many of the members are seasoned marathon swimmers who have done epic swims like the English Channel, Catalina Island, and the Manhattan Island Marathon Swim (MIMS) - those 3 make up the triple crown of marathon swimming. Some people are relative beginners to open water. The benefits are comradery, and tons of inspiration. It isn’t really an organized training group - although members do get the benefit of some organized training workshops - mostly it’s a “meet on the beach and jump in” kind of thing. You can swim alone and come back and hang with the group, or you tend to bond to a few people who swim your speed and then you go out together. There’s always someone to watch your stuff, and to push you to go farther.

For you, what is the best thing about open water swimming?  What is the worst?

The best thing is the feeling of freedom, like it’s just you and nature and you can accomplish anything. It’s serenity. The worst? Maybe it’s the various sea life that can wreak havoc on your swimming. It’s their ocean, we are just borrowing it, but it’s still no fun being stung by jellyfish or various sea lice type critters. I spent a good portion of last summer being VERY itchy.

In Part 2 (coming up next week), Jackie Blue offers some practical advice for open water swimming. 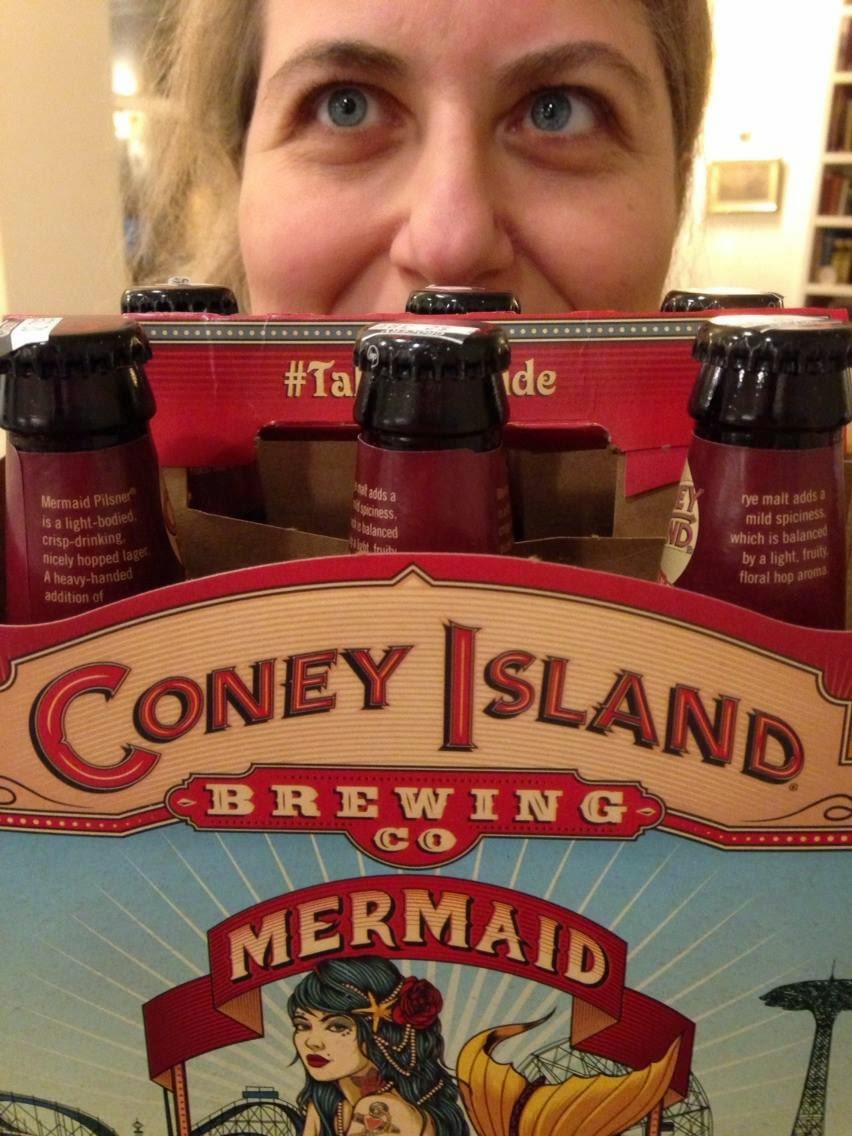