Summer arrived in September this year in New York.  July and August were pleasantly mild.  It was 90 degrees and humid earlier today and it's still quite sultry this Saturday night.  I'm staying cool in the air con, watching Notre Dame trounce University of Michigan (the Fighting Irish are leading 21-0 at halftime).  It seems a little wrong to be eating a kale salad while I watch the game -- sigh.  Will work on my couch tailgate next time.  I like Notre Dame's gold helmets.

I finally went to see the brain doc this week.  My MRI was not the touchdown I had hoped for.  Nothing terrible/alarming (no recurrence and my brain is in great shape) but I have to go back for another scan in 6 months (rather than 3 years, as hoped).  They just want to keep a closer eye on things.  I am trying to think of it as the Fantastic Voyage (a favorite film from the 1960s -- I'll just pretend I'm Raquel Welch). 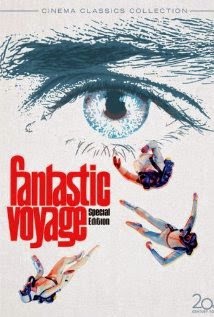 I'm grateful for my conscientious and menschy doctor (and for scans), and I always enjoy talking with him, but I had hoped not to see him for awhile.  At least I feel like I am in great hands.  Trying not to worry about it.

Once we got past the medical stuff, we talked swimming -- the brain doc is a fellow mer-man.  He had two cool pool technology recommendations.  Since he does laps regularly (and he likes to keep track of his distance, speed, etc.), he recommended the Garmin Swim, which keeps track of swim strokes, distance, time, etc.  So far, I have been using my Shine to keep track of my swimming, but I might invest in a Garmin as I continue to do laps and work toward my goal of doing an open water swim.  It would be helpful to have more detailed information as I train.  Garmin also makes fancier models that have heart monitors, GPS and other bells and whistles.

I was more excited about the other gadget -- a waterproof iPod Shuffle from a company called Water Fi. 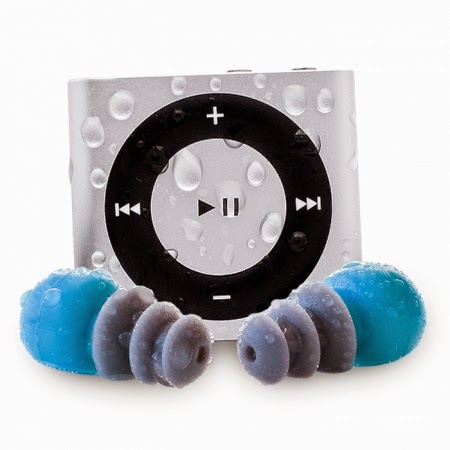 I cherish my pool time because I can focus on my breathing and swim strokes.  But let's face it -- lap swimming can be a bit tedious and some music would make the workout more fun.  Water Fi has a process for waterproofing various electronics (including an Amazon Kindle -- not sure if I am going to read in the pool but it would be handy at the beach or on a boat -- or if you like to read in the shower).  The Shuffle clips onto your swim goggles and comes with waterproof head phones.  I might try it -- although I'm concerned I might start singing along (which could be a little dangerous).  I'll keep you posted.

On a cheerier note, I came across this article about a Houston, Texas aqua spa for babies.  It's never to early to be fabulous in a pool. The photos are adorable. 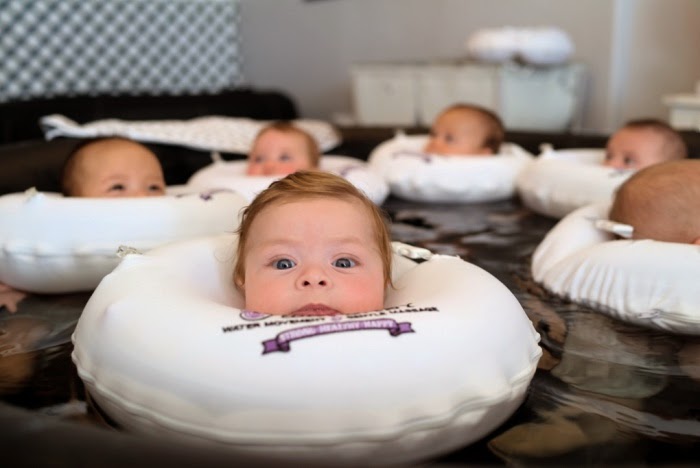 Mermaid Update -- Dramatic ending to the game -- Notre Dame shellacked Michigan 31-0 (dramatic ending with a touchdown and a defensive penalty).
Posted by eg at 7:03 PM