Keeping Tabs on the Mermaid -- Trying out the Shine Activity Tracker

A few months ago, I came across an article in the New Yorker about a treadmill desk.  The article highlighted the health benefits of moving around (and the risks of being sedentary).  While I am not ready to invest in a treadmill desk or a desk cycle, I do spend way too much time sitting during the week, and I wanted to increase my activity.  I used to have a pedometer, but I found it a little clunky and inaccurate.  Technology has improved, and there are now a variety of electronic activity trackers on the market.  I wanted something simply designed that would track my activity accurately, sync to my phone, and give me a little nudge to get up and walk around (or swim around).

I did some research and narrowed my search down to three candidates -- the Fitbit One, the Weight Watchers Active Link, and a newer product called the Shine.  All of them have gotten good reviews from sources that I trust.  I needed a device that I could wear in the pool (all of these work in the water) and that I could clip to my bra or swimsuit (for the boys, you can also clip it to your shirt or waistband).  A lot of my friends have the Fitbit Flex bracelet.  If you are into the whole plastic bracelet look, then that is a good option, but to me it kind of screams house arrest couture.

The Fitbit syncs wirelessly to your computer, tablet or smartphone by bluetooth.  It tracks a lot of data (and includes a heart monitor, as well as tracking your sleep and activity) and allows you to track your food intake.  It also gives you inspirational/encouraging messages and has a social media component.  It costs around $100 (depending which model you choose).  The One is pretty simple and unobtrusive.  I thought that the inspirational messages would drive me crazy and I was worried the social media component might play to my competitive instincts (which is not a good thing).  I am also a bit of a hypochondriac, so between the heart monitor and the sleep monitor, I would be self-diagnosing myself with sleep apnea, heart issues, etc.  So the Fitbit was not for me.

Since I am pretty much permanently on Weight Watchers (it seems to be working), I thought about the Active Link.  A couple of people in my Aqua Boot Camp class have them.  It is similar to the Fitbit, but the big advantage is that it syncs to the Weight Watchers points system, which makes it a little easier to track activity points.  The device itself is about $59, but there is also a monthly fee of about $6.  I thought this might add up quickly (and would have me permanently wedded to WW).  My friends who have it like it, though.

When I was doing my research this spring, I read about the Shine, which was being developed by a company called Misfit Wearables.  The company was founded on the day that Steve Jobs died, and the name pays homage to Apple's "Think Different" campaign, which began, "Here’s to the crazy ones. The misfits. The rebels. The troublemakers. The round pegs in the square holes."  I am a loyal Apple fan and a little bit of a square peg.


One of the company's founders is the former CEO of Apple, and the device was "crowdfunded" through Indiegogo (the founders set out to raise $100,000 and raised 8 times that amount).  I spent the early part of my career advising tech startups, so I was intrigued by the story.  For me, however, the Shine won out on a combination of good design and functionality.

Note -- the Shine is only compatible with iOS, not Android.


I ordered the device online for about $119, and it arrived in two days. 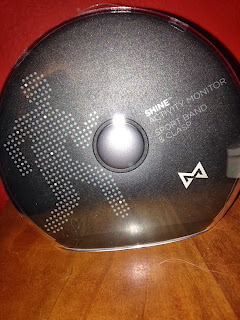 The Shine is made of metal and is about the size of a quarter -- it is simple and elegant (looking at it, you would not know it is an activity tracker). 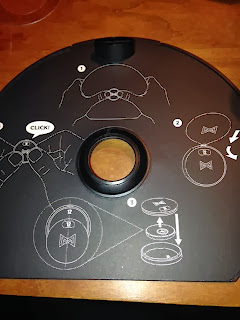 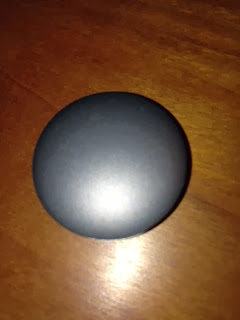 It is waterproof and is even designed to withstand accidental trips through the washing machine.  In my house, it is more likely to meet its demise in cat toy limbo (somewhere behind the couch).  The cats investigated within ten seconds of my having popped it out of its packaging.  So far, it has evaded becoming a puck in the daily feline hockey matches in my apartment. 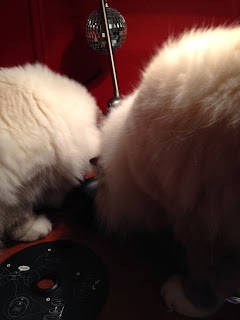 The Shine is powered by a watch battery, which pops in easily (they include a tool to open the device). 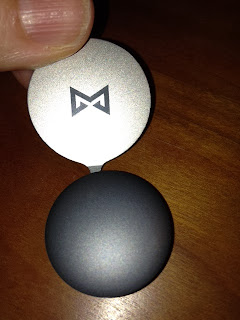 I downloaded the Shine App for my iPhone and popped the Shine into its magnetic clip (it also comes with a bracelet) and I was in business.

The device allows you to choose initially from three levels of activity -- I chose the moderately active setting -- the equivalent of 1 hour of walking/day (around 8000 steps).  You can adjust your activity level as you go. 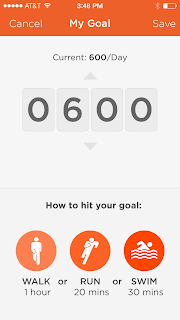 You can wear it on your chest, your wrist or your shoe (depending on your activity), and the algorithm adjusts based upon how you wear it.  To sync the device, you place it on your iPhone and tap it (and it updates). 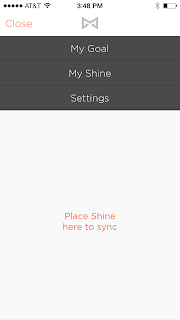 In this respect, it is a little less convenient than the Fitbit, which syncs continuously.  You can also track your progress by tapping it -- here is how it looks when I am a third of the way to my daily goal: 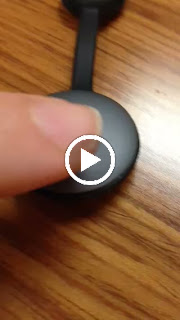 It gives you a rough visual idea of how you are progressing toward your goal.  I am not sure exactly how it works (there is a lot of information on the website).  The founders have experience in wearable medical devices (including glucose meters that sync to iPhones), so I feel like there is some science behind the elegant design.

So far, so good.  On a "normal" day, I can meet my activity goal by walking to and from the subway, getting up every hour to walk around for a few minutes, walking around a little at lunchtime, and adding a 15 minute walk at the end of the day.  On days when I add an exercise class, I exceed my goal. 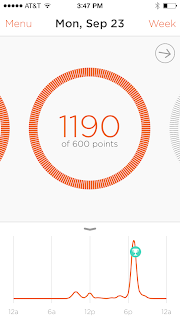 It seems to track walking and water aerobics very accurately.  It had a little trouble with deep water running, but it did note that I was very active during my class.  I like that it keeps track of your activity on a weekly basis -- in a given week, I have been exceeding my goal, even with one or two less active days.

Because it's still new, I definitely feel like a beta user, but so far I'm happy.  For me, it is enough information and I can increase my activity gradually and it's giving me positive reinforcement to keep moving (at my own pace).  I'll keep you posted on my progress.